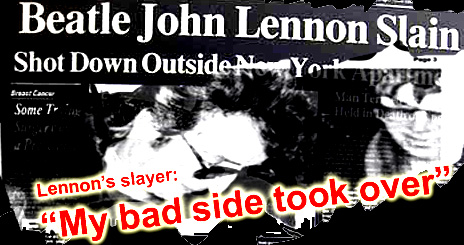 Perhaps our bad side is taking over.

Of course, the quote in the title is apocryphal, but it leaves no doubt that an irreversible dementia is taking over the inhabitants of the nation that aims to lead the world. Are you really discussing, Americans, whether the proliferation of weapons is good or bad ? Do you really believe that the weapons are what make the murderers and not the reverse? Only with the logic of violence and authoritarianism, sane people could enter into this debate. The killing of the two Virginia television workers, broadcasted live, adds only one novelty: the increasing involvement of technology in these terrible events .

When I was a child I watched on television a considerable amount of series where the one who drew his weapon first was the victor. Now I still see exactly the same, with the difference that in my childhood I knew it was fiction represented by actors and blank bullets; now I don’t know. I want to believe that what the media reports should be considered a fact that actually happened, but at times I prefer everything to be a well-mounted farce, the bullets were blanks and everything went very well acted. No staging could be more sinister than the actual death. Since the ’70s, Marshall McLuhan and the gimmick of “communicalizing” any aspect of reality, were left far behind; I no longer relieve my conscience thinking that what I saw on a media screen, so far for me it is one more show. Nor does me think like in the ’90s, that reality more and more resembles closely a video game. In fact, how long will it take to include in smartphones the option to shoot a bullet of any caliber while we are recording a video? Technology will increasingly find better ways to make violence more lucrative. Today I saw on Facebook a video in which a young student named Alec Momont shows his development of a drone adapted to ambulance (see video here). It is encouraging to watch it and to know that there are people thinking in that direction, but I do not believe that it  will be the future path for drones development, not by now at least.

Homicide in Virginia on camera, slaughter at a church in Charleston, manslaughter in a school in Columbine, murder of John Lennon … and mention all those in between you want. When an animal species begins to annihilate itself is because they perceived instinctively that the ecosystem has been exhausted and they ceased to have successful chances to reproduce themselves and even to survive. A couple of decades ago the human species has begun to annihilate itself individually and privately , besides persisiting in doing it for centuries through armies, terrorists and other repressive forces. Perhaps our ecosystem is giving us the final warning this way… or our bad side is taking over.